Anything can be discussed, tempers may flare.
This forum has no connection with CERN, the LHC or my site.

Forum rules
Any controversial topic can be discussed. Freedom of expression is encouraged. The scientific validity of things posted in this forum may stray from reality quite wildly and the reader is advised to keep that in mind. Please refrain from bad language and DO NOT get overly abusive with other members. You MUST post in English. It is OK to have fiercely intense debate. This forum has no connection with CERN, the LHC or my site. The views here do not represent the forum's views or my views in any way. It is meant as a place to debate or discuss subjects that may create heated debate. Almost no moderation will occur in this forum at all.
Post Reply
1136 posts

As long as someone claims something starting from no real evidenve, making also no clear predictions besides the one he wants to kill us for if we try it, it is not really possible to proof him wrong. Even if we can proof wrong parts of his theory he will always come up with something slightly new what we cant disproof.
But we also cant disproof that the end of the world is comming in 2012 for whatever reason besides the interpretaition or possible misinterpretation of some ancient calenders. There are many things which are possible and cant be disproofed, but most of them are not verylikely to happen.
The main problem here is not that we cannot disprrof Ivan, but that he also isn't offering any proof at all, justv the idea that something possibly might happen, but no good reason that it really will.
bye

But you can disprove his calculations and claims about "quark gluon condensate", “ferromagnetic vacuum” and strangelets.
Top

You apparently had no problem contacting John Ellis.

Ivan has posted his phone number recently in one of his posts.

If you call him, he might be able to help you if you ask him for mathematical proofs.

If Ivan actually has this, then you will have something tangible to evaluate.
Top

That is if he does not laugh you right off the phone when you ask him for his proof against Ivan.

I think Spencer meant that I should call Ivan and ask him for his calculations.
Top

Yes, i recommend for Stephen to call Ivan and get proofs.
Top

He would probably just repeat the same things he wrote here. He did provide some math along the thread. Isn't there any way to prove his calculations wrong, as well as his claims about strangelets and "ferromagnetic vacuum"?
He didn't invent this term by himself. There must be a way to disprove his theory if it's incorrect, since he uses an actual scientific mechanism to describe it.
http://en.wikipedia.org/wiki/Ferromagnetism
Top

I would not bet any serious money on Ivan not inventing his own terminology. I know his web page is the only place I can find anything on most of his terms.

While his method bares an overall resemblance to a proof when you start looking at how he constructs his proofs not one of my college professors would even accept any one of them. They would simply hand them back and say do it correctly because it doesn't follow the rules of logic required for a proof.

If Ivan just "repeat the same things", this would be an indicator that he has no "mathematical proof" of any claim he makes.

Do not confuse a mathematical proof with a bunch of calculations that would be considered nothing more than conjecture, if that.


(i am making the above statements without using the word "Fantasy".)
Top

How can you tell the difference between the two?
Top

This is what he means pal
Top

“ferromagnetic vacuum” is a term also discussed in serious sources arround the internet and not only made up by Ivan, but I could not find out if Ivan meansthe same they discuss there and if anybody else regards it as dangerous.
bye

That is why I named such type of magnetic holes as “magnetic wasps”.
I supposed that such wasps can be thrown out from the Earth.
Like this “Bulava”. 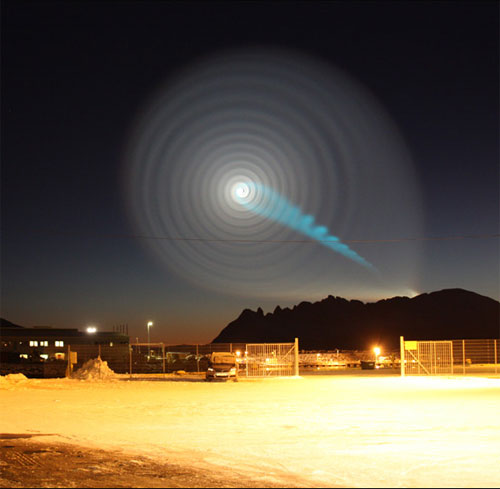 Or like this fresh “magnetic wasps”.
Look video:
http://video.boon.hu/video/55112/metero ... sod-felett
This video coincides with new start of LHC “work”.
Here is a quote from that text.
http://www.ubalert.com/a/15568

People in parts of North Hungary and in Slovakia have experienced unusual sound and light phenomena on Sunday night. The rhythmically repeating sound and light occurrences were heard and seen in the large area from Kassa to Z�hogy, but the majority of observations were registered in the �zd, Kazincbarcika, Miskolc and Putnok area. According to people's descriptions, authorities thought it was a meteor shower, but the area over these phenomena were experienced is too large and no craters have been found neither. Furthermore, people saw a white light, but the light that can be seen at the time of a meteor shower is red. Another possible explanation is that it was an unusual meteorological event, similar to Polar Lights, but that is never accompanied by any sound. As the explanations above do not seem reasonable, it is also possible that it was an UFO. The Disaster Management is still investigating and looking for people who have witnessed this mysterious

This is just disturbing.